{over the rainbow party: cupcake toppers} 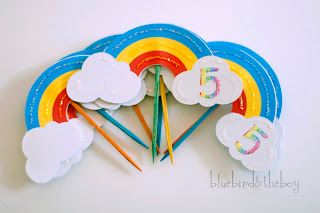 I know every parent says this, but I can *not* believe my little girl is turning 5. Truly. In this past year alone, her face has gotten more defined, her thoughts have gotten more eloquent, and her personality...well, that's constantly growing by leaps and bounds!

Last year, after I made her Tink cupcakes to take to school, she surprised both her father and me by announcing she wanted "all white" for her family party. White cake. White frosting. White candles. White milk...you get the drift. And since it was her birthday, she used a white napkin while we used up Tink.

This year, she announced early on that she wanted rainbows. Yay! Since it's coming up quickly, we've already started on a few of the odds and ends. 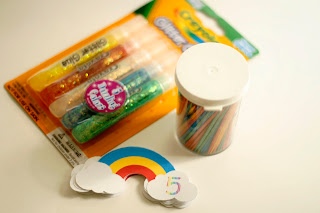 I used the print/cut option on the Silhouette for the rainbows, then decorated half with the glitter glue, to give them a little sparkle. 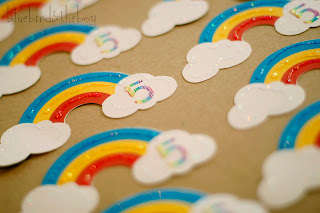 When the glitter was dry, I simply used double stick tape to sandwich a colored toothpick between two rainbows, one glitter (the front) and one plain, until we had enough to top a couple dozen cupcakes. 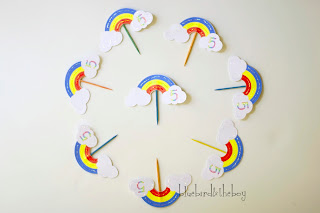 They look sweet and I used up materials on hand! Take that, New Year Resolution!

Next Over the Rainbow post: The invite!
Posted by Nichole at 3:24 PM

Email ThisBlogThis!Share to TwitterShare to FacebookShare to Pinterest
Labels: cupcake toppers, Over the Rainbow, silhouette